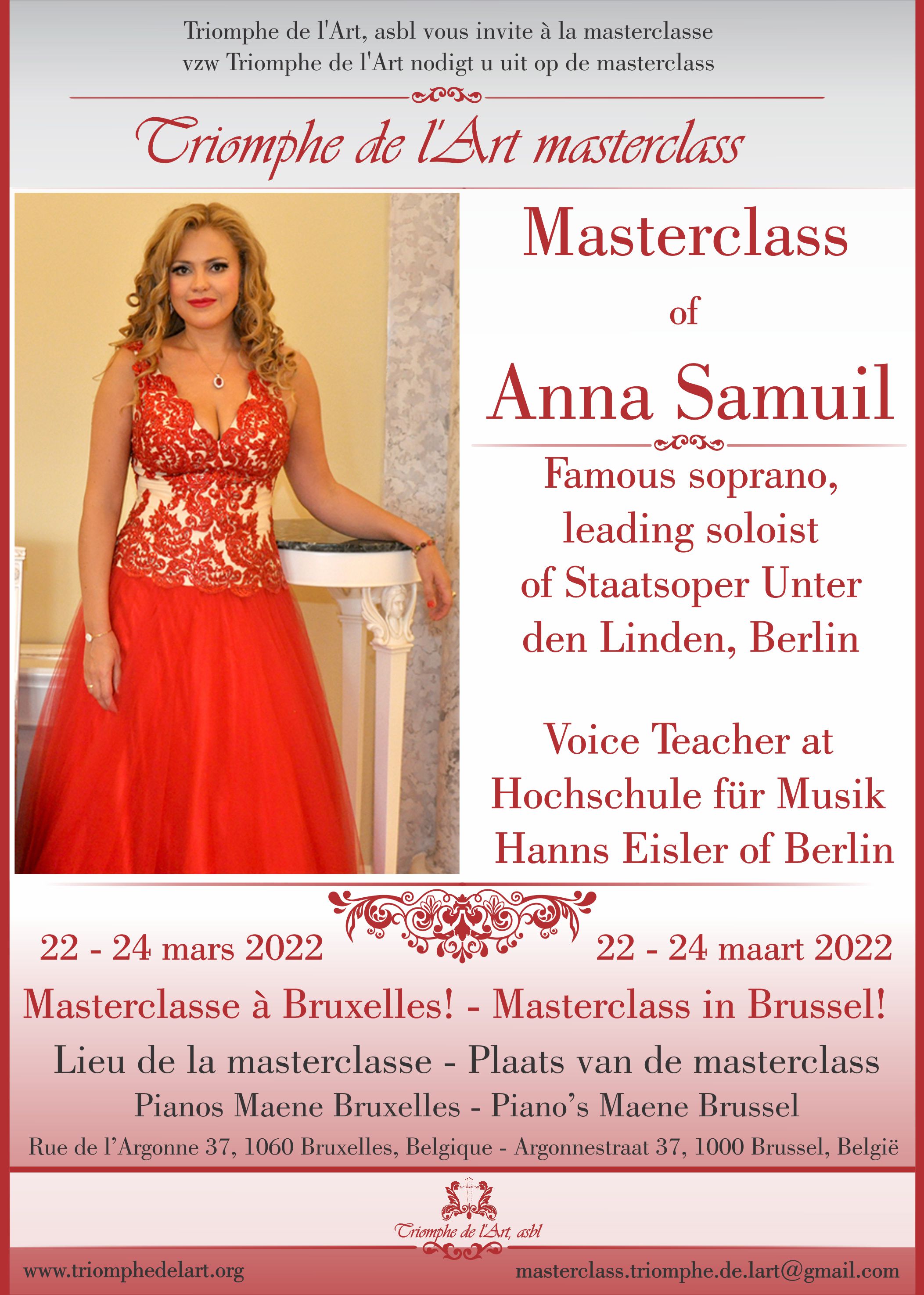 Soprano Anna Samuil is among the most sought-after singers of her generation and has been steadily engaged as a soloist at the Staatsoper Unter den Linden in Berlin since 2004. Anna’s international career quickly brought her to some of the most important stages in the world: La Scala in Milan (Donna Anna, Freia, Norne,Gutrune, Magd) , the Metropolitan Opera in New York (Musetta), the State Operas in Munich (Violetta, Donna Anna), Dresden (Mimì), and Hamburg (Adina, Fiordiligi, Donna Anna, Violetta), the Opera Houses in Valencia (Donna Anna), Lyon (Maria in Mazeppa), Tel Aviv and Tokyo (Donna Anna, Violetta, Rosalinde), Pittsburgh (Violetta, Tatiana), and Baltimore (Mimì), and the Grand Théâtre de Luxembourg (Violetta).

A frequently invited guest at international festivals, she has enjoyed considerable success at the Salzburg Festival (Tatiana), in Aix-en-Provence and Edinburgh (Violetta, Maria), at Glyndebourne, Verbier, and the Arena di Verona (Donna Anna), Grafenegg ( Brittens “War Requiem”), as well as at the Maggio Musicale Fiorentino (Verdi’s Messa da Requiem).

In recognition of her outstanding vocal and acting performances, Anna was honored in 2008 with the Daphne audience award of the TheaterGemeinde Berlin.