Due to personal circumstances, Anna Samuil is not able to give the masterclass. However, we are very grateful to Zoryana Kushpler, famous mezzo-soprano, soloist of Vienna State Opera and Vienna Volksoper, professor at
university Mozarteum in Salzburg, who will replace Anna Samuil as a professor of the masterclass. 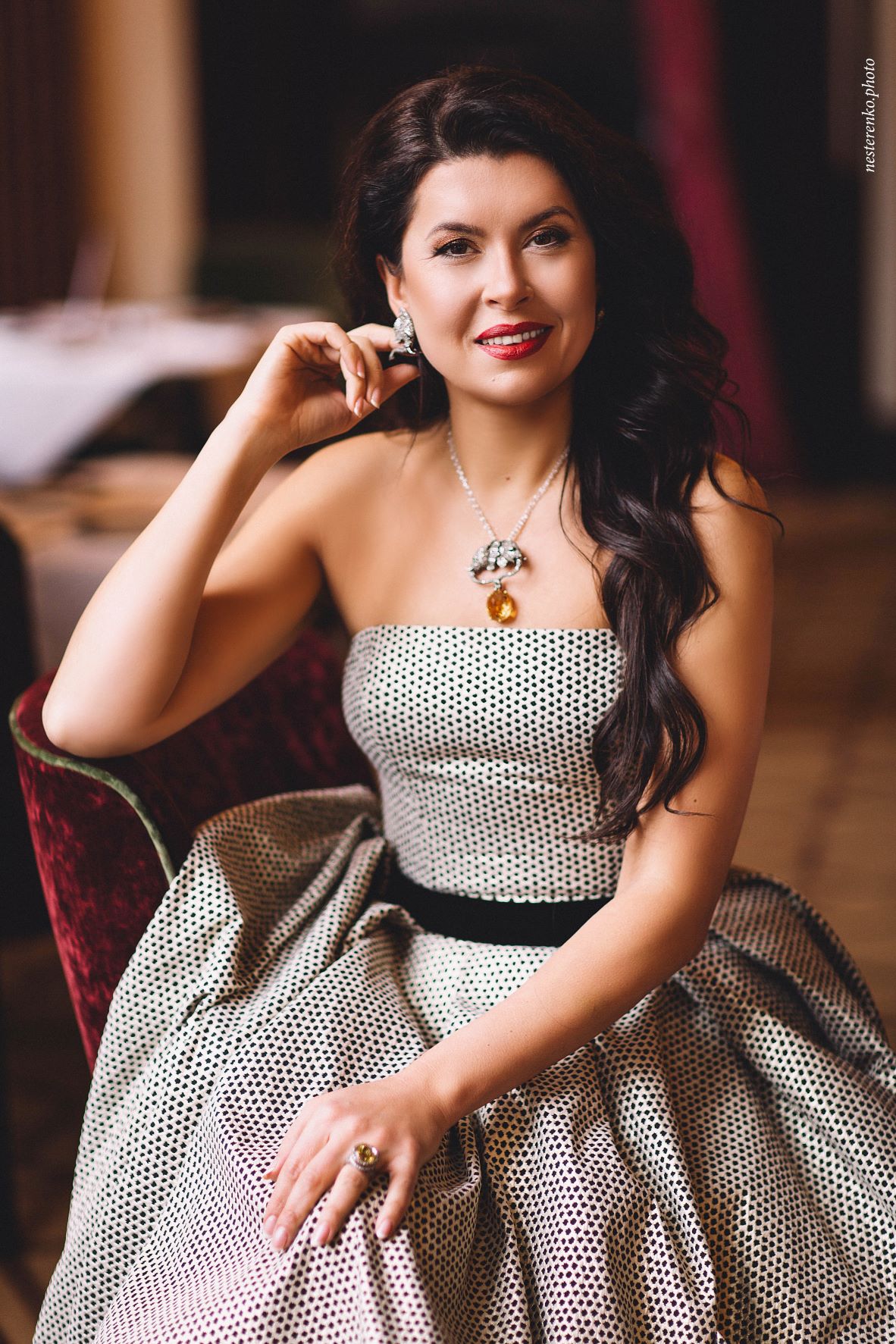 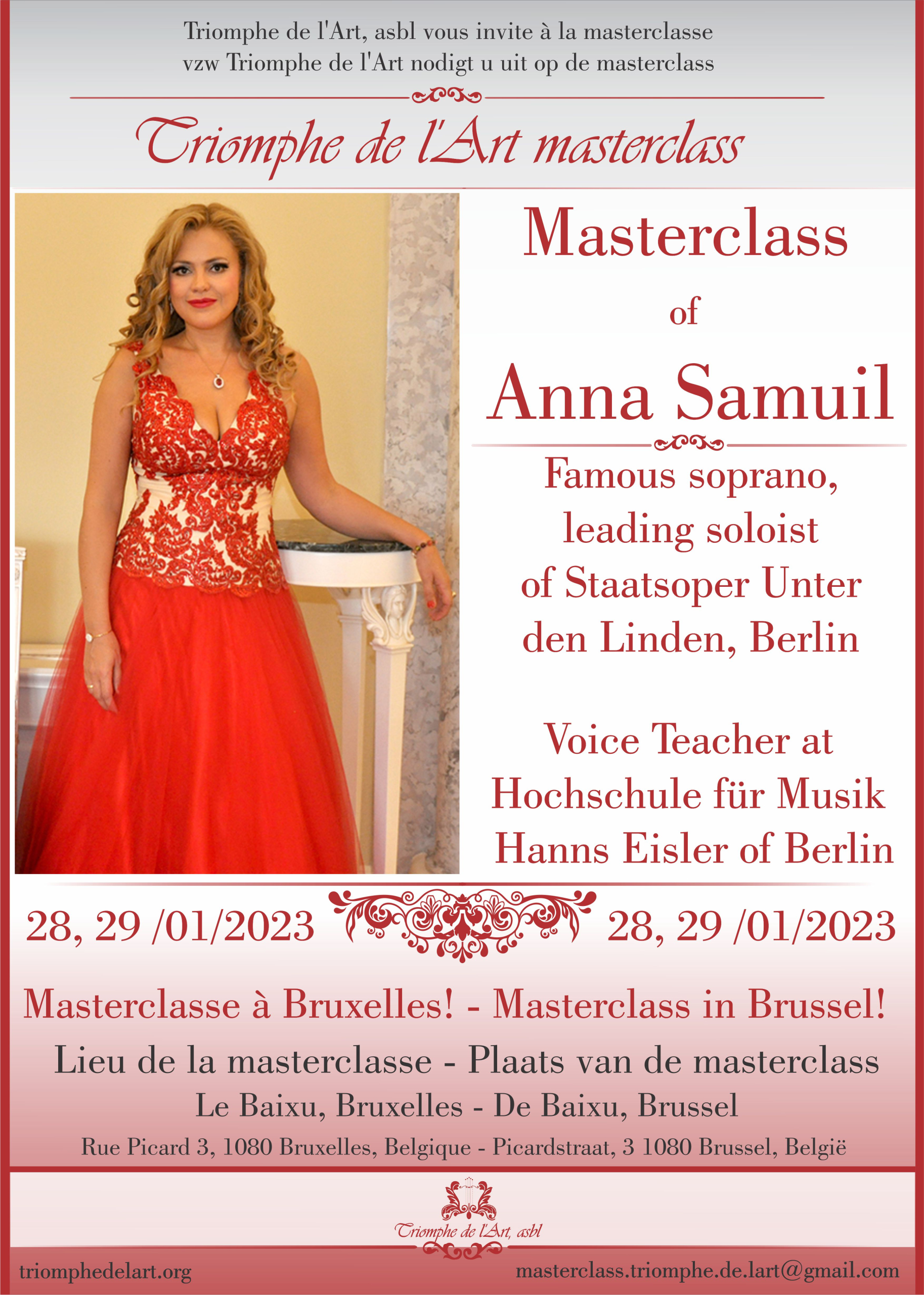 Studied at the Mykola Lysenko Lviv National Music Academy (Prof. I. Kushpler) and later at the Musikhochschule Hamburg (Prof J. Beckmann).
Winner of international competitions, including the first prize at the ARD Competition in Munich. From 2007 till 2020 has been an Ensemble Member at the Wiener Staatsoper, where she sang amongst others the roles of Ulrica (“Un ballo in maschera”), Fenena (“Nabucco”), Olga (“Eugen Onegin”), Polina (“Queen of Spade”), Marcellina (“Le nozze di Figaro”), Magdalena (“Die Meistersinger von Nürnberg”), Waltraute (“Götterdämmerung”), Preziosilla (“La forza del destino”), Adelaide (“Arabella”) and many others. In the same year, the singer also became a guest soloist at the Vienna Volksoper, where she regularly performs parts of Carmen, Prinz Orlofsky (“Die Fledermaus”), Magdalena (“Rigoletto”), Giulietta (“Les contes d ́Hoffmann”) and others.
Also as a recitalist, being accompanied by her twin sister Olena, she has sung in many important Recital-series such as at Rheingau Musik Festival, Festival Mecklenburg Vorpommern, Musikhalle-Laeizhalle Hamburg, Konzerthaus Berlin, Wiener Musikvereinn and other places.
In 2012, she gave her US debut with the Cleveland Orchestra under Franz Welser-Möst with the solo part in G. Mahler’s 3rd Symphony. In 2014, she made her debut in Carnegie Hall with 9th Symphony of Beethovenh with Vienna Philharmonic Orchestra under the Franz Welser-Möst, performed Fenena’s part in “Nabucco” next to the outstanding tenor Placido Domingo at the Vienna National Opera, made her debut in “Elektra” under the lead of Semion Bychkov in Royal Albert Hall. In the same year she made her debut in Carnegie Hall with 9th Symphony of Beethoven with the Vienna Philharmonic Orchestra under the lead of Franz Welser-Möst, and also performed Margarita’s part in E. Wolf-Ferrari’s opera “Die vier Grobiane” at the Prinzregententheater (Munich, Germany).
Her creative activity is very closely connected with Ukraine. Singer has repeatedly performed the role of Carmen at the National Opera of Ukraine in Kyiv and at the Odessa Opera and Ballet Theater. In 2017 and 2018 she took part in the LvivMozArt festival. In 2017, she performed at the celebration of the 150th anniversary of the National Opera of Ukraine in G. Mahler’s 2nd Symphony, and in 2018 – in the project “I will return to Ukraine” on Sofiyska Square in Kyiv.
In 2016, she became the “Person of the Year” in the field of culture and art in Ukraine. Since 2019 she has been the honorary president of the Galician Music Society.
Zoryana Kushpler continue to perform by Vienna State Opera and Vienna Volksoper as guest Solist. From 2023 is Zoryana Kushpler professor at university Mozarteum in Salzburg.