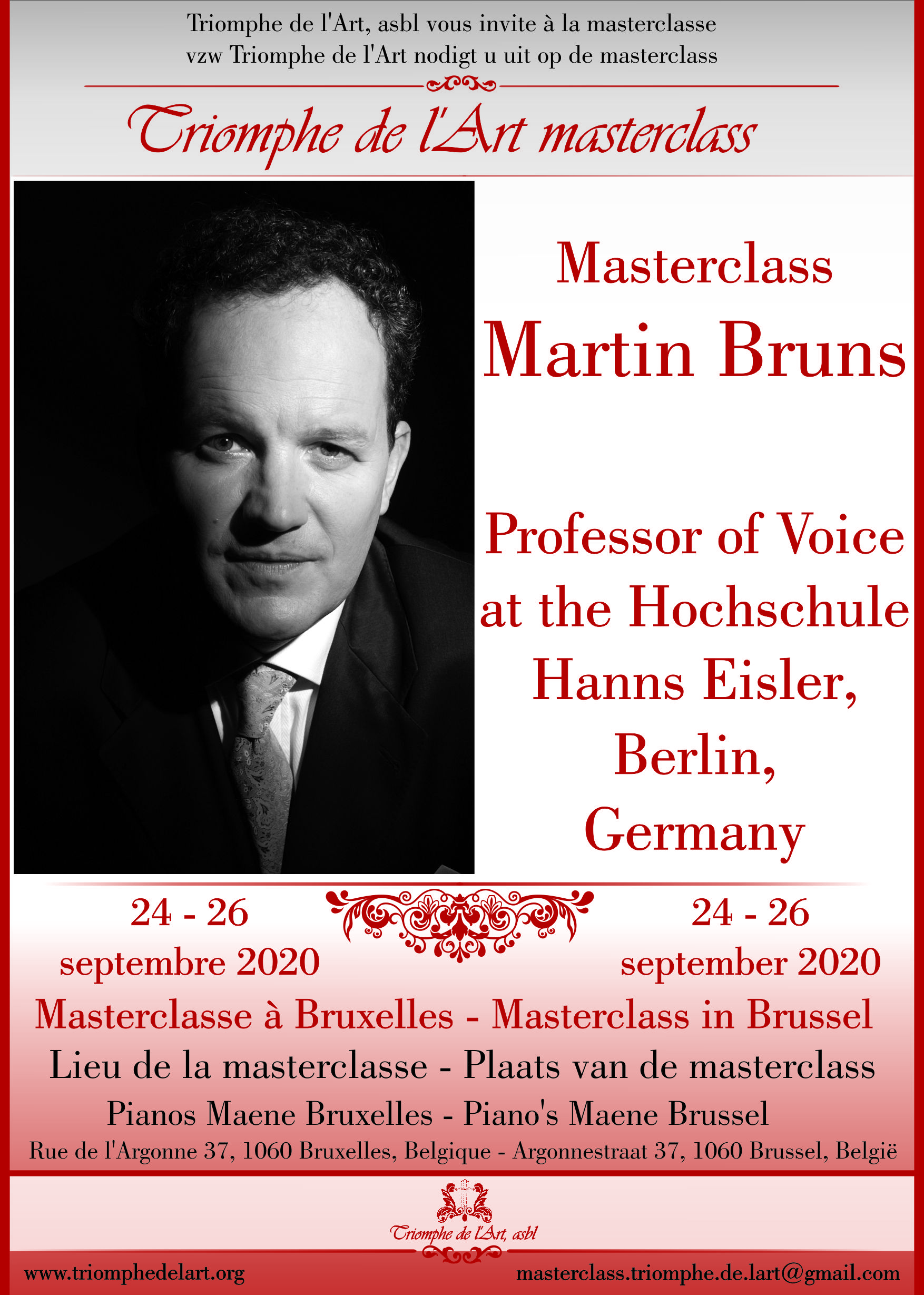 Martin Bruns has been on the vocal faculty of the Hochschule für Musik Hanns Eisler in Berlin since 2010. Beforehand, he taught as professor of voice at the University of the Arts in Zurich, Switzerland and at the Musikhochschule in Cologne/Aachen. He has also given masterclasses e.g. at the Shanghai Conservatory, at Yale University, in Berne, Switzerland, in Nice, France and in Greve, Italy. As a singer his career began at the Hesse State Theatre in Wiesbaden, and lead him e.g. to the stages of the Bavarian State Opera in Munich, the Deutsche Oper am Rhein in Düsseldorf, and other European opera houses. He has collaborated in opera and concert with conductors like Marcello Viotti, Ivor Bolton, Eric Ericson, Yoav Talmi, Heinz Holliger, Peter Ruzicka, Gerard Schwarz, Oleg Caetani and Jonathan Nott. Martin Bruns has sung with leading orchestras and ensembles in Europe and North America, as e.g. the Choir and the Symphony Orchestra of the Bavarian Radio in Munich, the Scharoun Ensemble of the Berlin Philharmonic, the NDR Symphony Orchestra Hamburg, der New York Chamber Symphony and the Israel Chamber Orchestra. In recital is regularly joined by pianists Jan Philip Schulze, Ulrich Eisenlohr, Stéphane Lemelin and Christoph Hammer (fortepiano). He has sung a vast range of repertory in opera and concert, ranging from the Baroque to the most contemporary, collaborating with e.g. Akademie für Alte Musik Berlin, Ensemble of the Schola Cantorum Basiliensis, Ensemble Resonanz Hamburg, Ensemble Contrechamps Geneva, and the Vienna Piano Trio. Martin Bruns is a graduate of the Juilliard School in New York, adores teaching, and is proud of his many successful students.